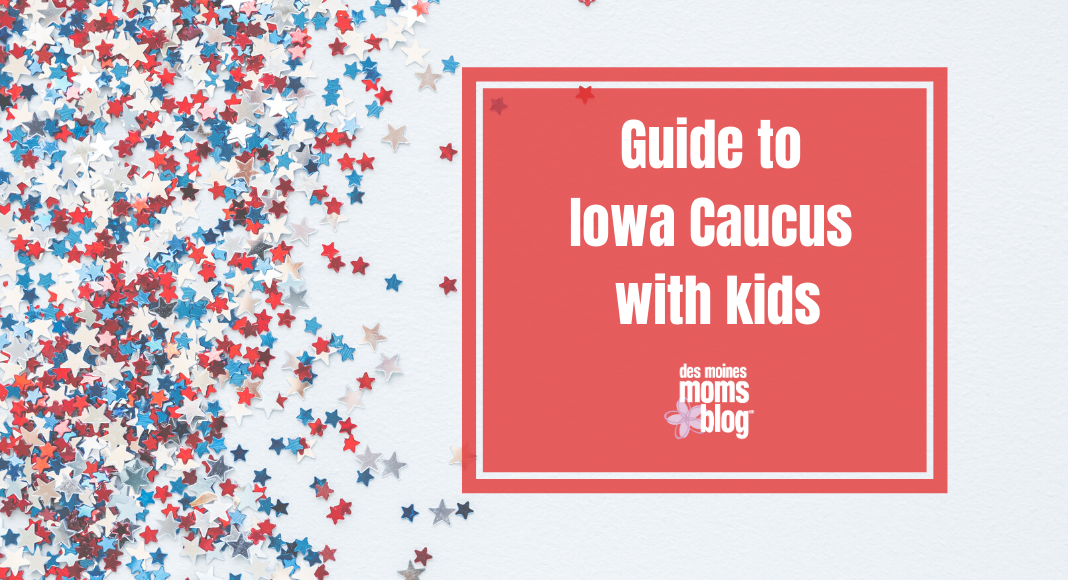 In November, I wrote about why you should take your kids when you vote. With the Iowa caucuses days away, I wanted to bring you a sequel.

In my voting piece, I encouraged you to research the candidates with your kids, take them with you, and review the results together. The same applies for caucusing – but, if you’re a native Iowan like me you know that a caucus can be a crazy place!

A Guide to Caucusing

Here is a brief overview of the process so you and your kids can be prepared.

What IS a caucus?

Essentially, at its heart, a caucus is simply a political party meeting. The parties are meeting to decide which candidates they will advance to the county convention, then the state convention, all the way to the national party convention. It all starts right here in Iowa.

Why should you caucus?

I first realized my privilege as an Iowan in 2007 when I joined 70 other American undergraduate students on a journalism delegation to Australia. I was not only the only person who could name one presidential candidate, but I was also the only one who had ever voted. We have the nation’s leaders in our back yards, yearning to shake OUR hands and snap a selfie. Soak in that privilege and explain to your children what it means.

The Democratic caucus is a bit more complicated. It is an exciting visual demonstration of democracy. The Democratic caucus-goers congregate in a room based on which candidate they support. Some may be undecided, and they often sit in the middle of the room. Then, the caucus-goers try to sway their peers toward one candidate or another. I’ve never been to a caucus with food, but I’ve heard a plate of desserts has been known to decide a race.

Tips for Caucusing with Kids

Yes, it can get heated. I remember seeing a friend of mine with one baby in a carrier, and two girls on each of her hands. She proudly stood in her candidate’s corner and stood back to listen to the process. She chimed in when she wanted, and her kids watched her the entire time. They were seeing their mother stand for what she believes in.

Will you take your kids to caucus? Share your experiences caucusing with children in the comments below!