When my husband said we needed to add yet another app to our television streaming, I was a bit skeptical. However, once he told me that we were adding Disney + and that I would have access to every Disney movie ever created, I was pretty excited! From Robin Hood to Cinderella, my kids would get to see all of the movies I loved as a child without waiting for them to come out of the Disney “vault”.

In addition to the animated movies, Disney + also includes Pixar, Marvel, Star Wars, and National Geographic productions. I love scrolling through all of the titles and adding old favorites to my watch list while checking out so many new releases as well. Disney owns a ton of titles including many that people don’t realize including The Simpsons, Avatar, and movies like Cool Runnings and Mighty Ducks.

Here’s our family’s review of what we’ve been watching so far.

What we love about Disney +

Ben absolutely loves The Mandalorian and I know many of his friends are watching this too. Both Ben and his father love the Star Wars saga and say the new series is very well made. Ben likes this story of a mandalorian (bounty hunter) who is on a journey to find a well-known character. (No spoilers from us and please note the parental guidance ratings!) There were also high praises for the new Aladdin too!

Wes was so excited to have access to all Marvel and Star Wars Movies, and I was secretly glad that we could put away a lot of our DVD collection!

The Lion King 1 1/2 and The Lion Guard has been on repeat this past week and is currently Will’s favorite Disney + show. He also loves the Disney Shorts (short animated stories) like Presto. Will also wants me to add that each family member can create their own profiles to keep track of their favorite shows and movies.

I may sound like a bit of a nerd, but I really like the documentaries like Imagineering which tells the story of how Walt Disney created the Disney empire. Of course, the National Geographic movies are high on my list too. National Parks and Continent 7 are both amazing to watch! I love the new Aladdin and the older animated movies too. I cannot forget to include Boy Meets World! Does anyone else love Cory and Topanga as much as I did?!

Some other things we like include the parental filters that can be set for each person’s profile so I don’t need to worry about our youngest watching shows he shouldn’t be watching. This service was very easy to set up via our Roku Stick. We also took advantage of the Verizon offer for our Disney + fee too.

When I asked my family about the negative parts of Disney +, the only thing we could really come up with was that there was just so much to choose from, so I guess that’s not a bad problem to have! We are big fans of this new streaming service!

Do you have Disney +? 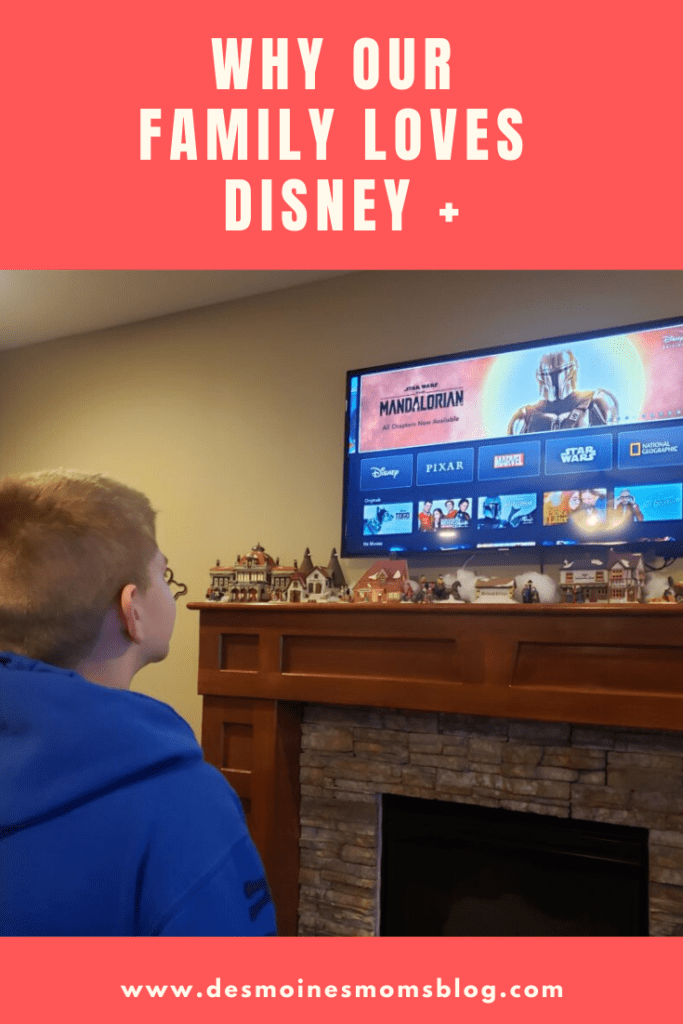 Middle School: A Letter to My Stepdaughter