Loss of any kind is hard to go through. Pregnancy loss is extremely painful and personal. Going through a pregnancy loss due to a molar pregnancy is heartbreaking and downright scary.

When my son was two, I felt ready to give him a little sibling. I was ecstatic to find out I was pregnant after only a couple of months, considering it had taken me 18 months of trying before conceiving him.

Soon after the positive pregnancy test, I called my doctor to set up an appointment. With my infertility history and a previous miscarriage, this pregnancy was considered high-risk and I needed to get in for an ultrasound around the six-week mark.

Soon I began experiencing the typical first-trimester symptoms I had experienced with my son – extreme nausea, and a quickly expanding waistline. I found myself having to break out my maternity clothes at around week five and was having a hard time making it through a day of teaching my nausea was so bad.

Scheduling appointments around a teaching schedule is hard. My appointment was the last ultrasound of the day right when I was seven weeks along. I could tell right away that something was wrong because the technician was having a hard time finding the heartbeat. She asked if I was sure I was at the seven-weeks point. When I told her I knew the exact first day of my last period she was silent.

My doctor was at the hospital delivering a baby and unable to consult with me. Since it was the end of the day, no other doctors at the office either. I had no choice but to schedule another ultrasound for the next day. The technician tried to sound upbeat, saying that sometimes fetuses grow slowly at this stage and we’d get more information tomorrow, but I still knew. There was no heartbeat. I was having a miscarriage. That night was almost unbearable. No words were spoken at dinner and nausea and the ballooning belly seemed to slap me in the face. Tears came down in waves as I knew in my heart what was happening, but didn’t yet have confirmation.

The next day at the ultrasound, the doctor confirmed that there was no heartbeat, but he didn’t stop there. He told me I was experiencing something called a molar pregnancy. There was more to my pregnancy loss than just losing the hope of another baby to love.

I had never heard of molar pregnancy before but was told it is a rare condition where placental tissue grows abnormally instead of developing a fetus. The doctor then continued to tell me that with this abnormal growth comes a possibility of a rare form of cancer.

It was going to be important to schedule a D&C procedure to remove the tissue growing in my uterus. I also had to monitor my HCG levels for a year following the procedure to make sure I did not develop choriocarcinoma, the rare form of cancer that can sometimes result from molar pregnancies.

I felt numb. Not only was I reeling from the loss of a pregnancy, I was facing the possibility of cancer. I would need to be monitored for the next 12 months. During those 12 months, I was not able to try to get pregnant again. That was a really tough pill to swallow.

It was a really, really long week from the time I learned of my diagnosis to the time of my scheduled D&C. I was still so sick and uncomfortable, yet I knew these were not the signs of a healthy baby on the way. They were actually symptoms that something very wrong was happening inside my body.

It was an even longer year of going weekly, bi-weekly, and finally monthly to check my levels of HCG and make sure I was cancer-free. I was always wondering in the back of my head if the next blood draw would prove to be troublesome.

Thankfully, after a year of blood-draws, I was cleared and given the go-ahead to get pregnant again. However, since I now had a history of molar pregnancy, I was warned the chances it might happen again were higher.

My molar pregnancy story ends happily, however. I went on to have another healthy, beautiful boy. Since this has happened to me, I’ve known only one other woman who has gone through this. She has stayed cancer-free and has actually had four children with no occurrences of another molar pregnancy.

I share my story to share hope. If you or anyone you know is faced with the devastating diagnosis of a molar pregnancy, I want you to know there is hope. During and after my molar pregnancy experience there were some dark moments. What I’ve realized by going through it is I appreciate what I have all the more. Caring for a Child with Down Syndrome 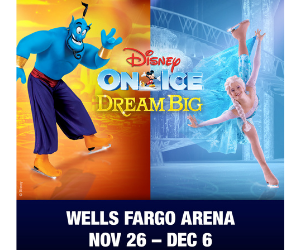 Des Moines Mom - December 2, 2020 0
You walk out of the orthodontist’s office excited. Braces are on! You did it. Now what? Coming home after getting your braces on can...

Adoption Services from The Law Shop

Why I Never Miss Festival of Trees and Lights + a...