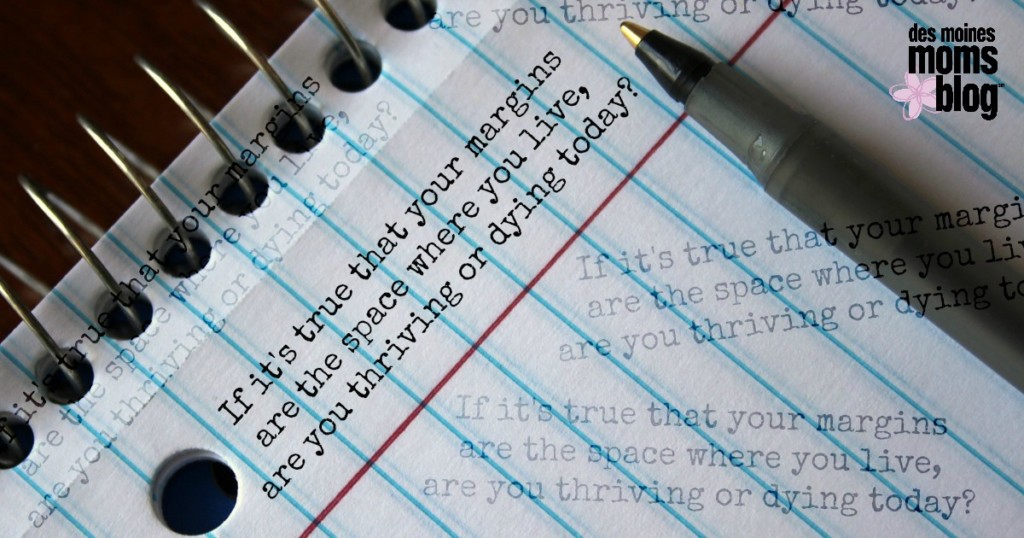 Busyness. It creeps up on you so gradually you don’t even know. It starts with an extra commitment here, another fun pursuit there, and next thing you know, your schedule is so full, your brain and energies so overcommitted, there is never a moment when something isn’t weighing on your mind.

I was kind of miserable… and it was my own fault.

By my own doings, I was making my life unenjoyable.

The constant pressure of “stuff” I had to do. It was making my life not fun.

I had the power to fix that, and I kind of wondered why I didn’t. Yet I’d talk myself out of the courage to make a change.

If I just rearrange my schedule. If I just use my time more efficiently. It’ll all fit—it has to—cuz I can’t quit….

And so I continued. Denying my self-truth. Ignoring others’ warnings:

“You’re going to burn out.”

But I chose to keep burning. Burning daylight. Burning late night. And getting up tired to do it all again.

Until, unexpectedly, I experienced rest—the rest that comes when your soul is refreshed and your perspective restored. And it was glorious. And I knew I needed it back. I needed to take it back—for myself and for my family. But just like I purge clothes from my closet when they no longer “bring me joy,” I needed to purge some activities from my life that were no longer “fitting.” They were good things! Really good things. And they’d done good things for me as a person and for my kids and for my family.

But as the necessity of their place in my life/our lives waned, good became not so good because joy had become stress.

So I entered a season of saying no. And though sometimes through tears of conflict and fear, the rightness in my soul gave me courage to quit.

Sometimes quitting is the right thing (can you believe that…). Sometimes purging is necessary.

There’s something nobody ever told me. (Or if they did I wasn’t listening.) In those years when early motherhood was coming to an end and I was feeling like I could finally live again, nobody told me how not to die. Nobody told me it’s not wrong to leave a margin—or that it might be wrong not to.

I figured that out, though, didn’t I. My page was full, and the margins, too, to the point of squeezing things in between the lines. The paper became less pretty, the message less effective, and really—I was in danger of running out of ink. So I’ve said no to some things. I’ve started doing some stopping. I’ve edited and erased, my margins are slowly reappearing, and I’m putting my page in Protected mode.

And I’m not feeling guilty about it! I’m not going back to that overcrowded place where guilt makes me feel that reserving some space is wrong. It’s NOT. It isn’t.

No one can function at a high level of efficiency—or enjoyment—when she’s running so hard she can’t catch a breath.

It isn’t wrong to stop.

When is the last time you sat down? And just sat.

The busy things were good—they were even needed for a time. But time changes. And the way we fill it—or don’t—might need to change, too.

My margins are filling with emptiness, my heart with much less anxiousness; and subtracting some “stuff” is adding up to a lot more “enough” for me.

If it’s true that your margins are the space where you live, are you thriving or dying today? Mothering When Life is Hard