This post is part 3 of 5 in the series How I Met Your Father.

I first met the man who would become my husband when we were in high school. It was during a Speech competition. My high school was hosting, he was from an opposing school. I wouldn’t have met him at all, but he was with Jon, a childhood friend of mine, who happened to be his best friend.

I would like to say it was love at first sight, but that would make a terribly short story.

Doug, a Junior to my Sophomore, was a rather gangly guy with a crew cut and an easy smile. He was completely opposite the long haired musician types I was attracted to. Besides, he would be leaving for boot camp after school dismissed for summer—definitely not boyfriend material.

My sister, Jen, is getting married. She has asked me to be her Maid of Honor, which I am thrilled to do, as her soon-to-be husband is our childhood friend, Jon. Doug is his Best Man.

At this time I am living in Minneapolis, Minnesota, working for an entertainment company—handling bookings and the “talent,” running an office, and living a life of decadence. Doug, my polar opposite, has recently left the military after two tours in the Middle East (Desert Storm), having attended college between the tours of duty, and is living in Dallas, Texas, working in IT.

Maybe if I hadn’t brought a date to my sister’s wedding—a fine piece of arm candy, but definitely more buff than brilliant—I would have spent more time with Doug. But, as it was, he had taken a shine to one of my sister’s friends.

A near miss, this meeting.

My sister and brother-in-law host a party each year the weekend after Labor Day. A “farewell to summer” type of gathering. I’m still living in the Twin Cities, so this is the first year I attend the fun. Blessedly alone. Rather newly single, I’m glad to be away from home for a few days, just to avoid drama. I’ve not been a very good judge of character when it comes to the men I’ve dated, and I’m just ready to be single for a while.

Doug, who has moved to Ankeny (for that woman he met at the wedding), is at a football game at Iowa State with friends. On his way home from the game, he decides to stop by the party. He grabs a drink and an open chair on the deck, which happens to be near me. Still with a ready smile and an ease around people that I will never have, Doug joins the conversation around him. As the party thins out, we are still sitting in the chilly, early morning air, talking like we’ve known each other for years.

Which, in a strange way, we have. Though our paths crossed only a few times, our lives have been intersected for a decade and a half.

I return to St. Paul the next morning, having not exchanged any contact information with Doug. We live nearly four hours apart. I can’t have a decent relationship when I live in the same city as a guy—long distance is just a bad idea.

Or so I tell myself.

Finally giving in to the nagging in my mind, I email my sister, telling her to pass on my contact info to Doug if he wants it.

Soon an email arrives from him. He comes to Minnesota for our first date two weeks later. I travel to Iowa for our second.

We continue that pattern, sometimes meeting in the middle, every two to three weeks for six months.

That was a long, difficult six months. As the end of February drew near, I knew our relationship wouldn’t survive another six months of long distance dating. I also knew that the drama of my life and job would destroy us if Doug moved to Minneapolis. And, since my family was all in Iowa, it just made sense for me to move.

Six months after I moved to Iowa, and thirteen months from our third meeting, Doug asked me to marry him. Twenty-two days later we exchanged vows at Candle Lit Way Wedding Chapel in Dallas Center, with Jen and Jon as our only witnesses. 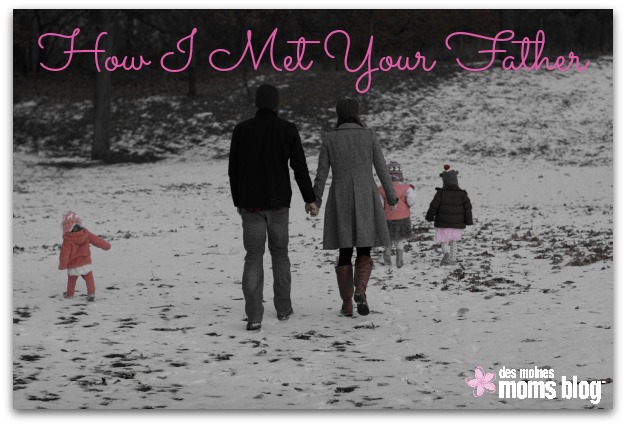