“Just keep counting,” my husband said as he rolled over and fell back asleep.

It was early in the morning, before the sun. I was having contractions, counting them, timing them. I had a false alarm just a week ago that sent me home from the hospital with no baby and plenty of doubt that I even remembered what labor felt like.

I decided to shower as I counted. It’s what my mom would have done. Speaking of, I should text her to let her know I think I’m in labor.

After my shower, and plenty of contractions, we decided it was time to go in to the hospital. My water broke after we were admitted.

We labored and waited in the room for my parents to come care for our firstborn while we welcomed our second into the world.

After awhile, I decided it was time for an epidural. We did the usual “you’re my favorite person” banter when the anesthesiologist stepped in the room. I worked to get situated and breathe while remaining steady for the needle. He found a space and put it in. Wiggled it around a little. Then, declared it wasn’t in the right spot. He then removed it and tried again. This time, it worked. “Hallelujah!”, I thought as I moved to get more comfortable.

My parents arrived shortly after. We all relaxed while our two year old fell asleep, and I mentally prepared to meet my second daughter.

An hour or two later, I remember telling the nurses that my head was pounding.

They tried to get me in a different position to help with the headache. I could not feel the pain of the contractions, but this throbbing head was almost worse. I didn’t know what it was, and I didn’t know how to make it stop. The nurses seemed to know, but they weren’t telling me much. Just encouraging me to try to relax, that baby would be here soon. Awhile later, I felt pressure. I alerted the nurses and after being checked, they asked if I was ready to meet my daughter. In a foggy, painful haze, I raised my head and nodded that I was ready. A few pushes later, and this squealing, healthy, beautiful baby was laid on me.

Hubby and I were in awe and in love; and I was in an immense amount of pain. Not the kind of pain you would expect after pushing a baby into the world, but a splitting headache that made me ask for something to get sick in.

As baby girl was being cleaned up, I was begging for some relief. The midwife explained to me that sometimes this can happen with an epidural. That, actually, it happens to about two out of five people with an epidural/spinal tap.

It’s called a spinal headache. It happens when too much spinal fluid leaks out.

Basically, your brain is trying to survive without fluid up there and because of that, it causes a lot of pain.

The solution? A blood patch. They take some of your blood and put it where the hole is to create a clot and hopefully, at the very least, stop the loss of fluid. The problem? This solution doesn’t always work, or it doesn’t always hold. Like what happened to me.

I spent the next ten days at home. Horizontal. In a dark room. Those were the things that brought a tiny bit of

(physical) relief. That, and caffeine temporarily helped. I would drink some caffeine just before the darkness would overcome my emotions, so I could spend a little time upright, in the shower or sitting up to hold my baby girl.

Those first days with her, healing from this, were dark. I basically lived to nurse her. That was all I had to do (thanks to my husband and mom) and all I physically could do. By the time the fog of the spinal headache lifted, I was beyond “baby blues” and struggling to bond with my baby girl.

I would not wish this experience on anyone, but I am thankful for the perspective gained and the help I had during that time so that my girls barely noticed my mental absence.

Has anyone else had a spinal headache? 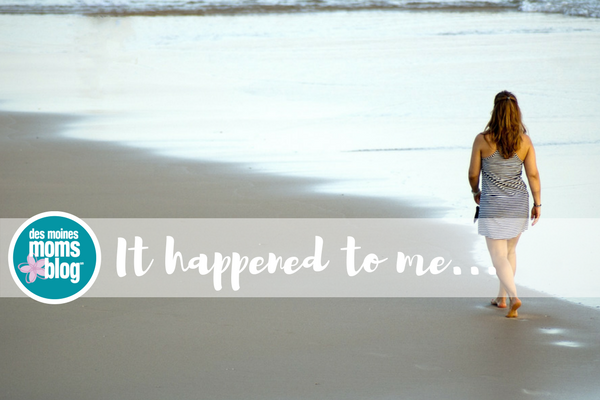 Read more from our It Happened to Me series: