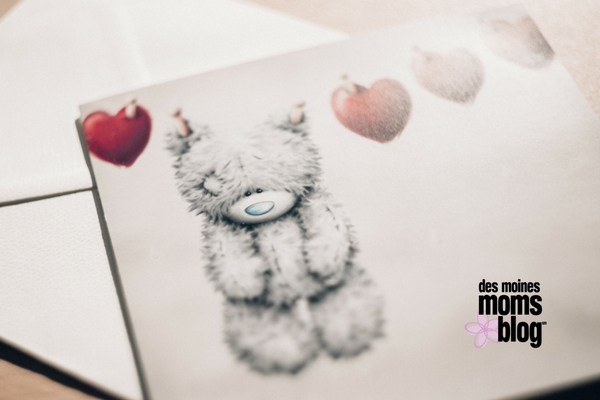 Every day as I bend over to give my four-year-old son a good morning kiss, I catch a glimpse of the scars peeking above the collar of his superhero pajama shirt. There are so many, each one as tiny as a grain of rice; still, they encircle the entire perimeter of his neck. Beyond his neck, Lincoln has similar scars all over his body, to say nothing of the six-inch scar that spreads across his belly.

In late September of 2012, my husband and I added a baby boy to our growing family. Big sisters were seven and two at the time. Being a seasoned mother, very little bothered me in my son’s first months; even when he developed mild eczema, I was not particularly alarmed.

Then the mild eczema became major. We tried creams, home remedies, visits to the pediatrician, appointments with a dermatologist, and still the relief didn’t come; it simply got worse.

Our son stopped eating and started sleeping all day long. He developed a high fever, and one day, at just five months of age, his rash exploded over the course of a just a few hours.

It wasn’t eczema. After days of testing, we sat on the edge of a fold-out bed while a young doctor wearing a playful character tie tried to explain the diagnosis. In my fuzzy memories, there are two things I will never forget from that conversation.

First, this skilled pediatric oncologist had tears in his eyes as he spoke to us.

Second, he made it clear that our son might die.

Lincoln had Multiple System Langerhans Cell Histiocytosis with Risk Organ Involvement caused by the BRAF-V600E mutation (or LCH for short). Our doctor explained that this was an incredibly rare and aggressive diagnosis. He said we would begin chemotherapy right away.

His words as he left the room were an omen for the months to come: “I tell parents to remember; it’s a marathon, not a sprint.”

Together we made the decision that I would move into the hospital to stay near my son as my husband returned to work and cared for our daughters at home. With the unwavering support of our parents, our friends, and our community, I was able to focus all of my attention on caring for Lincoln.

Days turned to weeks and weeks to months. The extent of my son’s illness was not exaggerated. The first chemotherapy regimen failed to yield positive results. He was moved to a far more aggressive chemotherapy protocol, all the while using blood products at an alarming rate.

On this new chemotherapy, we watched our very sick son become even sicker. His body filled with fluid, his liver showed signs of failure, he continued to spike high fevers, and his crib overflowed with monitors and tubes.

We didn’t always know if it was the chemo or the disease causing our son so much distress, but we did know we had no choice but to wait as we prayed for the medicine to do its job: rid our son of his LCH.

And then he did.

Remarkably, after 119 days of fighting an uphill battle, after a risky surgery to remove his enlarged and diseased spleen, after more blood and platelet transfusions than I could count, after fighting off infection upon infection, after so many tests and procedures, my son was well enough to come home.

Healing and chemotherapy continued for two more years outpatient. Lincoln had to learn to eat again, and we had to learn how to care for a child without a spleen and keep our little guy protected from illness as much as possible.

In July of 2015, Lincoln had his last chemotherapy treatment. Sixth months later he was considered a short-term survivor. Today we say he is in remission. You would too, if you met him.

He loves to prattle on about shapes and planets, has strong opinions about the colorful mismatched socks he wears on a daily basis, and does all the normal things four-year-old boys do.

As a family, we rejoice daily over the gift of Lincoln’s healing. And while the tests and procedures were his alone to bear, all of us are profoundly changed by this experience.

September is Childhood Cancer Awareness month. Every day in September, we will be sharing different local organizations and clinics that work with pediatric cancer patients as well as statistics and facts about childhood cancer and how you can support families who are going through this on our Instagram account. We hope you will follow along!