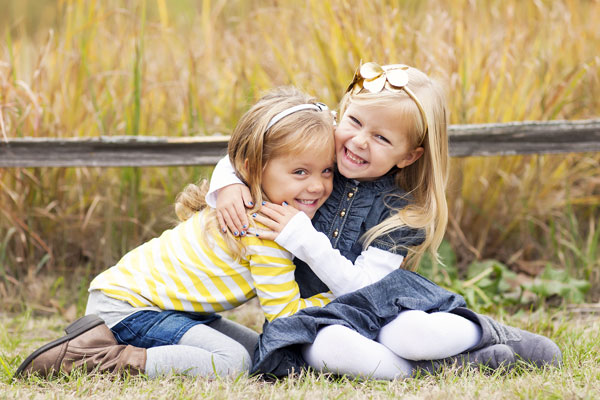 I used to think I didn’t want twins – especially not twin girls. I didn’t have any reason to believe I would have twins. I wasn’t even one to give a lot of thought to my future family. But I was a school-aged girl aware of school-age worries, and I imagined having twin teenaged daughters would be more difficult a thing than I cared to ever have to deal with.

Competition and comparison could be fierce, I thought. It’s tough enough between non-sibling girls. How much more of an issue would it be for twin sisters? I didn’t want to find out.

Little did I know at the time that I was slated to be one who would find out. Thankfully, my heart had changed in regards to having twins some time before I learned I was pregnant with them, and I was able to accept the surprise as nothing less than a double blessing.

I don’t know if middle school and high school will be as trying for my twin girls as I once imagined – they aren’t even five yet – but I’ve seen the competition and comparison begin already, at a much younger age than I had expected.

It’s not so much other people who compare them one to the other. It’s themselves.

Now I, who’ve long been aware of the dangers of comparison between siblings, have been careful to breed an environment for my twins – for all my kids – where they feel accepted and appreciated for exactly who they are.

And yet, even four-year-old girls have womanly tendencies: they compare themselves.

But there is no need for them or anyone else to interpret the qualities and characteristics of one in terms of the other.

My job as Isabel and Elliana’s mom is to pour into them every good thing I possibly can, equipping them to accept themselves for exactly who they are – no matter who the other one is.

Who knows what adolescence will hold for these two sisters who happen to be the same age. That doesn’t matter yet. What matters now during these early and formative years is that they are being built up as self-confident individuals, secure enough in their own identities to resist the self-imposed comparisons I’ve seen creep in even at this young and tender age. I don’t know why I had those twin-mommy fears all those years ago. Perhaps the Lord was beginning to prepare me even then for what would one day be reality: I was to be a mother of multiples.

I tell you, I know it’s not going to be easy. Already we’ve begun navigating these difficulties in the way of activities and wardrobes and kindergarten preparation – and it takes every ounce of my motherly wisdom to make decisions that are good for both of them.

Raising daughters to be comfortable in their own skin is always going to be a challenge that girl-moms face, and it’s certainly an issue at the forefront of raising twin daughters. That scared me at one time; now it’s my responsibility and I embrace it.

I am blessed beyond words to have the honor of being a twin mommy, and I happen to think that my girls are blessed beyond measure to be twins. They will face comparisons over the years, I’m sure; but my hope is that against the backdrop of my motherly love and support, they will be equipped to confront what comes and empowered to stand up in confident assurance as the unique individuals they were created to be. 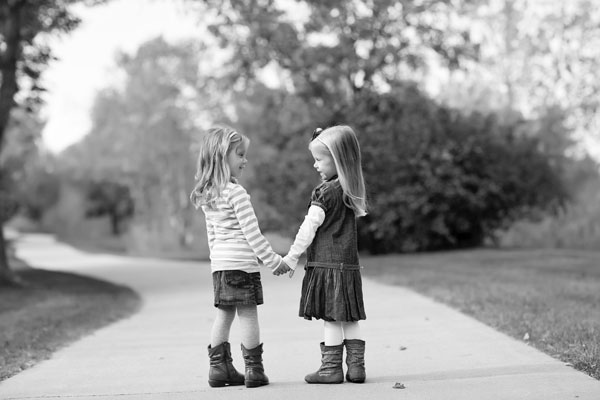 Are you a twin mommy, or maybe even a twin yourself? What have you learned about dealing with the competition and comparison that can so easily occur between twins?