I recently read a blog post titled Stop Being a Butthole Wife. I usually don’t take stock in these types of posts, but this one made me stop and think.

Here’s the post in a nutshell: A wife writes about not pestering your husband to pick up his clothes. She shares how she would get upset when her husband would leave his clothes lying around the house. Then he passes away. And she begins to regret being upset over something so trivial.

When she remarries, her new husband has the same habit of leaving clothes out of the laundry hamper. She realizes that in a rush to get to spend time with his family, he overlooks putting the clothes where they need to be.

This is where she tells women to stop being a “butthole wife” by being upset that the clothes aren’t where they should be. In the grand scheme of being married, fighting about clothes being on the floor wasn’t necessary because he was just rushing to be a part of the family time. I understand the author’s intention in writing the post. I understand that after someone passes away we regret things we did or did not do. But that’s not being a butthole – that is being human.

It’s a great sentiment. Of course I shouldn’t be upset my husband isn’t perfect. I know I am not perfect. But why should I not expect him to be an adult and pick up his stuff?

As parents, we fully expect our children to pick up after themselves and to be responsible for putting things away, even their dirty clothes. Why does FOMO (fear of missing out) on family time equate to overlooking basic responsibilities of picking up after yourself? And why does that make me a butthole for assuming that all rules apply to all individuals in the house?

I work a full time job as well. My time would also be better spent spending time with my family than playing scavenger hunt for socks, pants, and shirts that did not make it to the laundry room when it comes time to wash. 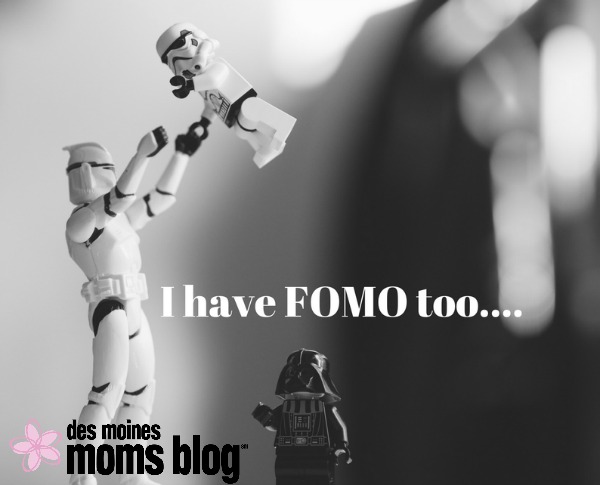 In our house we have a rule that if something doesn’t make it to the laundry room, it doesn’t get washed. Even my own clothes have had to wait a week due to being left somewhere. Like I said – I am not perfect.

Of course, laundry in our house doesn’t mean manipulation or anger. If I see it, I will pick it up. But it doesn’t mean I can’t expect everyone else to pick up after themselves too.

Overall, asking for help in picking up and ensuring things are put away doesn’t make me a butthole anymore than you not expecting that to happen in your house.

I encourage people reading posts like the one mentioned and this one, to not read too much in to them. Understand that you are you – you don’t need to evaluate how you see yourself based on one woman’s (mom, wife, or otherwise) words. Des Moines Mom - May 27, 2022 0
After a harsh and long winter, summer is finally here! The Des Moines community is a fun place to be, with new and exciting...

The Best Donuts in Des Moines