The other day I was driving and overheard my eight year-old son and his friend arguing in the backseat about who was greater.

Who could throw farther.

You get the picture.

So, in a moment of what I considered to be complete mom brilliance, I stopped their argument and pointed out that because they were each wonderful in their own, God-designed ways, they didn’t need to compare themselves to each other. Instead, they could celebrate each other.

They both nodded, and I continued driving, satisfied that I’d just protected them from a potential relational pitfall and smoothed their life path for all time…

…until they started comparing their dads.

Whose dad was stronger.

Whose dad was smarter.

Whose dad was funnier.

Again, you get the picture.

The temptation to compare ourselves starts young. But, kids aren’t the only ones falling into that trap. I’m just as guilty of comparison, especially since I became a mom.

I feel like I should know better. After all, I know comparison steals my joy. Gosh darn it, Teddy Roosevelt even said so, and that guy’s face is carved into the side of a rock for all time.

Because comparison is a no-win situation.

So, if we determine our joy, measure our success, or even decide our mood for the day based on how we rank compared to others, we’ll sometimes be thrilled, most of the time disappointed, and always left feeling empty. 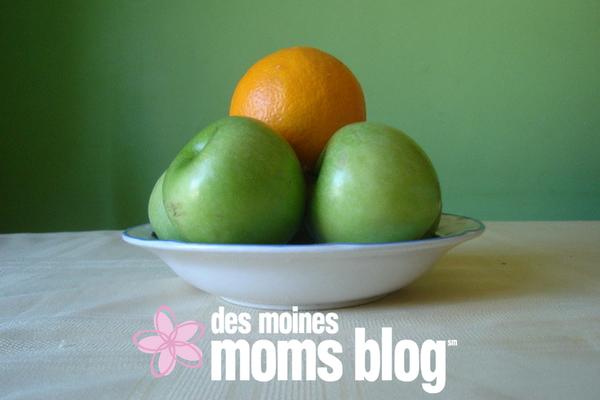 Plus, comparison isn’t even a good measuring stick. We’re comparing apples to oranges. And to pineapples and grapes and strawberries and coconuts. Since we’re all made uniquely and wonderfully, to compare one person to another is pointless.

So, how do we escape the comparison trap, especially in a digitally-connected world where we have so many opportunities to compare ourselves and our kids to people all around the world at any given moment?

Start by getting CENTERED.

When I’m centered in who God made me to be and confident in His choices, I struggle less with comparison. It’s when I’m feeling insecure that I look to others to tell me how I’m doing. But, that’s the wrong measuring stick.

Focus on your unique design and the individual purpose God gave you. Be the best YOU you can be! The world and your kids don’t need another mom like the one down the block. They need YOU.

When I get to know other moms, I stop comparing myself to them. Sure, part of it is because as I get to know them, I discover they have flaws and insecurities like mine. But, mostly it’s because I genuinely begin to like them.

Instead of standing afar off in assumption and judgement, we connect and realize we have a lot in common. We begin to care for each other and want the best for each other. We stand shoulder-to-shoulder in solidarity instead of face-to-face in comparison.

And in doing so, we get CELEBRATED!

Comparison makes us jealous of the good things in others’ lives. We get so wrapped up in how their good news affects how we feel about ourselves, that we miss the chance to rejoice and celebrate, letting comparison, once again, steal our joy.

And it’s not just missing opportunities to celebrate others. It’s also missing the celebrations in our own lives. We can’t see the blessings in our kids, our marriages, or our jobs because we’re so fixed on others. Or even worse, we’re so consumed with becoming someone else that we’re not ready when our own shining moment comes.

So, if you’re an apple, be an apple. And if you’re an orange, be an orange. And by getting CENTERED, CONNECTED, and CELEBRATED, we’ll all become a fruit salad that brings the world joy rather than steals it, a message even Teddy Roosevelt would approve of.