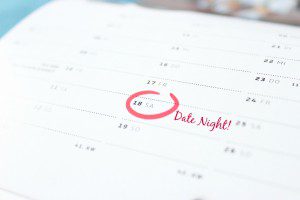 As soon as I started telling people I was separated, I had a lot of well-meaning friends tell me that there was someone else better out there for me. Well, duh, I concurred, but it was not something I necessarily wanted, or needed, to hear.

I had just endured almost twelve years of torment and I was feeling the freedom from that captivity. There was no way I wanted to think about getting into another situation like that. Frankly, I had some serious doubts about the goodness of any man. Except, of course, my father. 🙂 Oh, and I knew some of my friends had decent, in fact, stand-up men. How could I forget the pang of jealousy I felt when I realized how well they were treated in their marriages. However, my cynicism and the knowledge of the fact that I did a pretty good job of covering up my abusive marriage made me wonder about how many others were doing the exact same thing. Dating right after divorce was not on my radar.

I know that everyone’s is different, and some women really think they want, or need, to move on to another relationship quickly. Not me. The more research I did, the more it solidified the fact that waiting was the right thing for me. Here’s why….

Soon after separation, I attended DivorceCare meetings. I have mentioned this organization before and cannot recommend their program enough. It is a 13-week class that offers videos and workbooks that help you navigate through the various emotions that come with a failure of a marriage. In this course, I learned that often it takes about one year of healing for each four years of a relationship. In my case, that would mean about three years of healing before I will be ready for another relationship.

While I don’t discount this statistic, as I said, everyone is different. There are other factors that need to be taken into consideration as well. I knew my marriage was over far longer than it actually was. A lot of women already grieve the loss of the marriage before the paperwork is even filed. Most of my grieving this past year has not been over the loss of the relationship, but of the hope I had for my “ideal family.”

So, should single moms date? Yes, of course! But first, make sure you are ready. Here’s my advice based on personal experience and quite a bit of research:

I believe in waiting for the right timing. Think about it – has anything you have tried to force or rush really worked out that well? Don’t let a romantic relationship define you. You are everything you need. You are everything your kids need. You are not incomplete without a significant other. Don’t let Tom Cruise and Renée Zellweger tell you otherwise! You can still be a great mom even (maybe especially) without a partner. The most compelling argument for me to wait is the impact dating someone new has on the kids.

This is huge. What has happened to you is major. Whether you’re a single mom because of divorce, never being married, or the death of your husband, you can’t just “get over” that without a lot of soul searching, effort, and just plain sorting out your emotions over time.

Know what you are looking for and DO NOT settle. Loneliness is real, but it should not be a reason to date. You deserve the best, especially after what you have been through. Make a list of things you won’t compromise on, and stick with it.

Think Frozen. Remember Prince Hans? Yeah, get to know this guy slowly, learn his backstory, don’t just jump right in, even if he seems amazing. No, you don’t love him after three dates. You may like him a lot, but trust me, there are far more sociopaths out there than we’d like to admit. The slower, the better.

Yes, I went there. This one is tough, because, well, unless you conceived your children supernaturally, you have experienced sex previously. Not everyone has had pleasant experiences, but typically we view it as a positive aspect of a relationship – maybe something you miss. But, you know those lovely, little things called hormones? When these hormones come out to play, they can mess with our emotions. They are tricky, they cloud our judgement, and they make things a whole lot more complicated. I believe firmly God designed sex for marriage. But, I will admit, this is probably the hardest tip to follow. Aren’t you worth the wait?

Leave the kids out of it.

Wait until you have been dating (and it’s going well) for at least six months. The longer, the better. Introducing the children too soon (or too often, to several men) has documented negative effects on them. You don’t want that.

Know the red flags of abusive relationships and get out of a bad situation as fast as you can. Don’t look back.

I think we, as single moms, want to be interesting and date-able, but if you are not honest about yourself and who you are when you begin dating, you’re going to have to keep up the lie. Do you know how exhausting that would be? Just be you. Put your best foot forward, sure… but put your dirty laundry out there, too. It’s better in the long run.

Do things you love to do, go places you love to go, with someone new! Approach dating as a new adventure. Feel like a teenager again. Try things you have always wanted to try. The possibilities are endless! 🙂

Since I am fairly new at this, what other tips should be included on this list?