Five Des Moines women are on a mission to save 7,500 babies a year in the U.S. It sounds out of reach, doesn’t it?

Saving 7,500 babies a year is possible. I know because counting kicks saved my son.

The women behind the campaign had all lost daughters to stillbirth or infant death. They wanted to save babies by teaching expectant moms the importance of tracking fetal movement in the third trimester.

According to scientific research and leading doctors, counting kicks is important because if there is a change in a baby’s movement patterns, it could be an indication of a baby in distress.

When prenatal movement patterns change, moms should alert their providers and get checked out.

That’s exactly what I did almost one year to the day after our story aired. During a routine visit with my OB, I told her my son’s movements were slowing down. She took me seriously and sent me for tests.

The tests revealed I was already having contractions at 30 weeks, far too early to welcome a healthy boy. I spent all of Memorial Day weekend 2010 in the hospital, hoping and praying our son would stay put.

Thanks to diligent doctors, bed rest, prayer, and a little pill meant to slow contractions, our son Hayden did stay put—and was born healthy and in the 40th week. He didn’t spend a minute in the NICU.

Our story is just one of many babies saved from an adverse outcome all across the country because moms knew the importance of tracking their babies’ movements in the third trimester.

So inspired by the successful campaign to save babies and what it did for our family, I’m now part of the team that advocates on behalf of Count the Kicks nationwide.

We hear about baby save stories at the most random and wonderful times.

Like, sitting at a stoplight when a text pops up on my phone: You guys. Another baby has been saved. Mom just wrote to tell us she alerted her doctor to a change in movement, tests revealed baby was in distress, baby was born through emergency C-section, and mom woke up to doctor saying, “Congratulations, you saved your baby’s life.”  Turns out the baby had developed a severe infection, which caused the reduced movement. Doctor said if mom had waited, that baby would have been stillborn.

No matter where I am, the tears flow. Every. Single. Time. Since the Count the Kicks campaign began in Iowa, the state’s stillbirth rate has dropped by 26 percent. Iowa has gone from 33rd worst stillbirth rate to third lowest in the country. No other state has seen results this dramatic.

Every year in the U.S. 23,500 babies are lost to stillbirth. If we can reduce the national stillbirth rate by 32 percent as we have done in Iowa, we will reach our goal of saving six thousand babies every year. It’s not out of reach, it’s not even a moon shot. It can happen with your help! Here’s how you can get involved:

2. Tell every expectant parent you know about the importance of kick counting and to download the FREE Count the Kicks app. 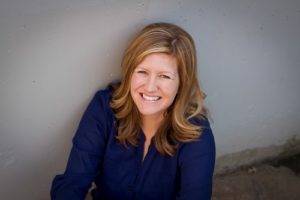 Emily Price is Executive Director of Healthy Birth Day, Inc. the non-profit organization that created the Count the Kicks campaign. Before her current role, she served as Board President for Healthy Birth Day, Inc., worked as the Communications Director for the City of Johnston, and was an anchor/reporter at KCCI Television from 2002-2013. Emily lives in Clive with her husband Dave, son Hayden (10) and daughter Lyla (5). Learn more about Count the Kicks and their campaign to Save 7,500 Babies at www.countthekicks.org.

This article was originally published in 2017 and has been updated with new statistics. Get to Know Your Pelvic Floor Things I am Doing Differently my Second Pregnancy